Upon meeting Kate, one of the first things you come to understand is that while she is from Texas, she’s come to love this little corner of Maryland, called Perryman, as much as the lone star state itself. Kate serves as the treasurer of the 3P organization, and is an active attendee at fundraisers, social events, and committee meetings.

During the spring of 2022, Kate distinguished herself with her tireless County Council testimony. Her research on disparate impact called Harford County government out for policies and practices which to this day promote systemic environmental racism in Perryman.

Kate grew up in south Texas with her 3 siblings so close in age, she says they were known as “the Catholic quadruplets.”  This rural upbringing, with expected chores and responsibilities shared among her siblings, instilled a strong work ethic that remains evident today.

She has 20 years experience in residential real estate development which Kate gave up to move to Maryland. Now her career is as a Vice President in commercial lending, mostly multi family.

Kate and her husband, Jason, moved to Maryland in 2012 where they settled for about 5 years in an old blue and green Victorian home in Havre de Grace.  While they loved the culture and the people of small-town life, the lure of waterfront living pulled them to Perryman in 2016.

At the time, Kate was commuting from Baltimore and often drove by the Perryman Lake Preserve sometimes as late as midnight on her way home from work. In doing so, the stillness of the night would be punctuated by bonfires, raucous parties, and homeless visitors seeking shelter. It was not the people, or even their activities that bothered Kate – it was the massive amounts of trash left behind.

Kate and Jason bought industrial trash cans, worked with the County to provide signage and encouraged local merchants to refrain from selling miniature bottles of alcohol. When none of this worked, Kate requested the County install gates for the parking lots as was done for many parks around the county.

In a sign of what she would later experience with 3P, her citizen input was not particularly well received. After a protracted battle, the County eventually relented and gates were installed. However, no staffing was provided for the daily securing of the park.

Undaunted and committed to protecting the fragile ecosystem and preserving the area for the quiet enjoyment of others, Kate took the task upon herself. Like clockwork, Kate opens and closes the gates daily with assistance from neighbors and local fishermen – a true community based solution for the Perryman Lake Preserve.

Kate is an outdoors woman with tons of experience camping and hiking. As a result, she knows her wildlife. Recently, early one morning as Kate was unlocking the gates, she noticed an unusual bird on the lake, a white heron! This bird, the virtual twin of the Great Blue Heron so common on the shores of the Bush River, was standing in solitude searching the lake waters for breakfast. As she delighted in the sighting of the unusual bird, her thoughts turned to the future.

Moving forward, Kate sees the Mitchell Farm as a public space for the enjoyment of many in southern Harford County. She sees the lack of public access to the Bush River as being criminal. “If I won the lottery, it would become a public space designed in keeping with the vision of 3P,” said Kate.

She is disturbed by Harford County’s inconsistent application of preservation and protection of critical bay areas. She is offended by the lack of planning along the Rt 40 highway with random commercial development that neither supports the health nor promotes the beauty of the environmentally critical Bush River.

In comparison, she refers to nearby Havre de Grace, which she says, “has a distinct plan to eventually control the waterfront. They take it and they get funding through grants…sometimes with the County’s help, sometimes not.  But they don’t let that hold them back. I feel like Harford County does not do that in unannexed areas like the Bush River. And they are missing a great opportunity.”

“I’m confident we will stop this development,” says Kate.

Kate makes a difference in Perryman. Thank you, Kate, for tending to the books, showing up when it matters, and using your intelligence and compassion to advocate for a better future.

One thought on “Kate McDonald, The Gatekeeper” 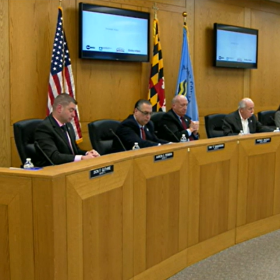 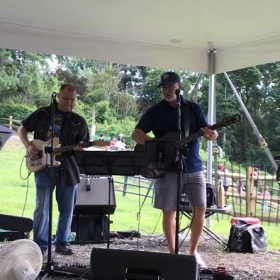 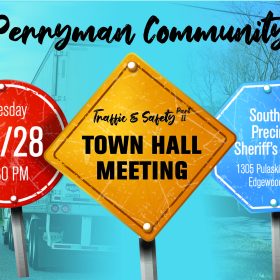